SKIPPER ARI HUUSELA HAS BEEN LEFT WITHOUT A BOAT

SKIPPER ARI HUUSELA HAS BEEN LEFT WITHOUT A BOAT

The Finnish skipper Ari Huusela who’s objective was to race his first IMOCA60 Ocean Masters competition has faced a serious setback. He has no boat for New York-Vendée race.

GBR44 which Huusela rented for New York-Vendée is now floating in the middle of Azores and Bermuda where the owner Richard Tolkien abandoned her. Tolkien himself boarded the cargo ship in The Transat bakerly race from Plymouth to New York.

“This situation is really painful for me. Luckily Richard is ok, but I am very sad for everybody who has been involved in my project which now has suddenly disappeared”, says Ari Huusela.

Ari Huusela is a Finnish airline pilot at Finnair which also is the main sponsor for his New York-Vendee race. Finnair’s route network connects Asia, North America and the northern regions of Europe and beyond through its hub at Helsinki Airport. “I’ve been working over 30 years for Finnair and this is the first time we co-operate in sailing. Flying and sailing really have a lot in common”, tells Huusela. His co-sponsors are Neste which for instance is the world’s largest producer of renewable diesel and was his main sponsor in Route du Rhum 2014 and Notta Systems’ with its Mailroom Assistant that is an automated mail sorting system growing fast in North America and Europe.

“This very unfortunate situation however is not enough for giving up my objectives. I’ve started from Classe Mini and always looked forward to these extreme 60-foot monohulls. I know it will be challenging to build everything from the scratch again, but that is why I am here in New York – to get inspired again”, Ari continues. 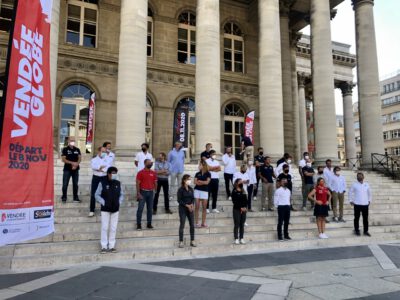 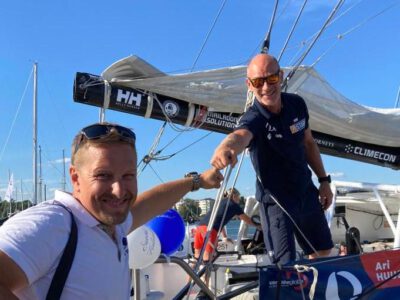 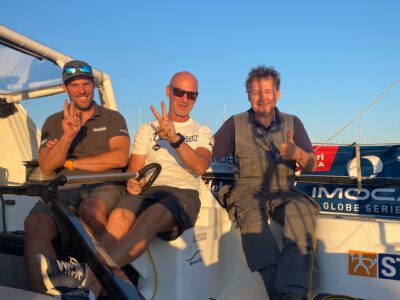 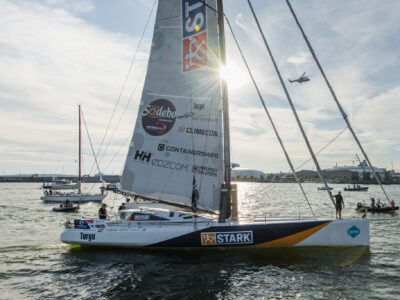 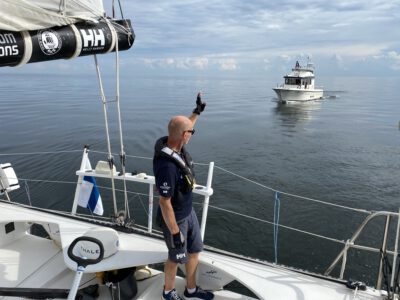