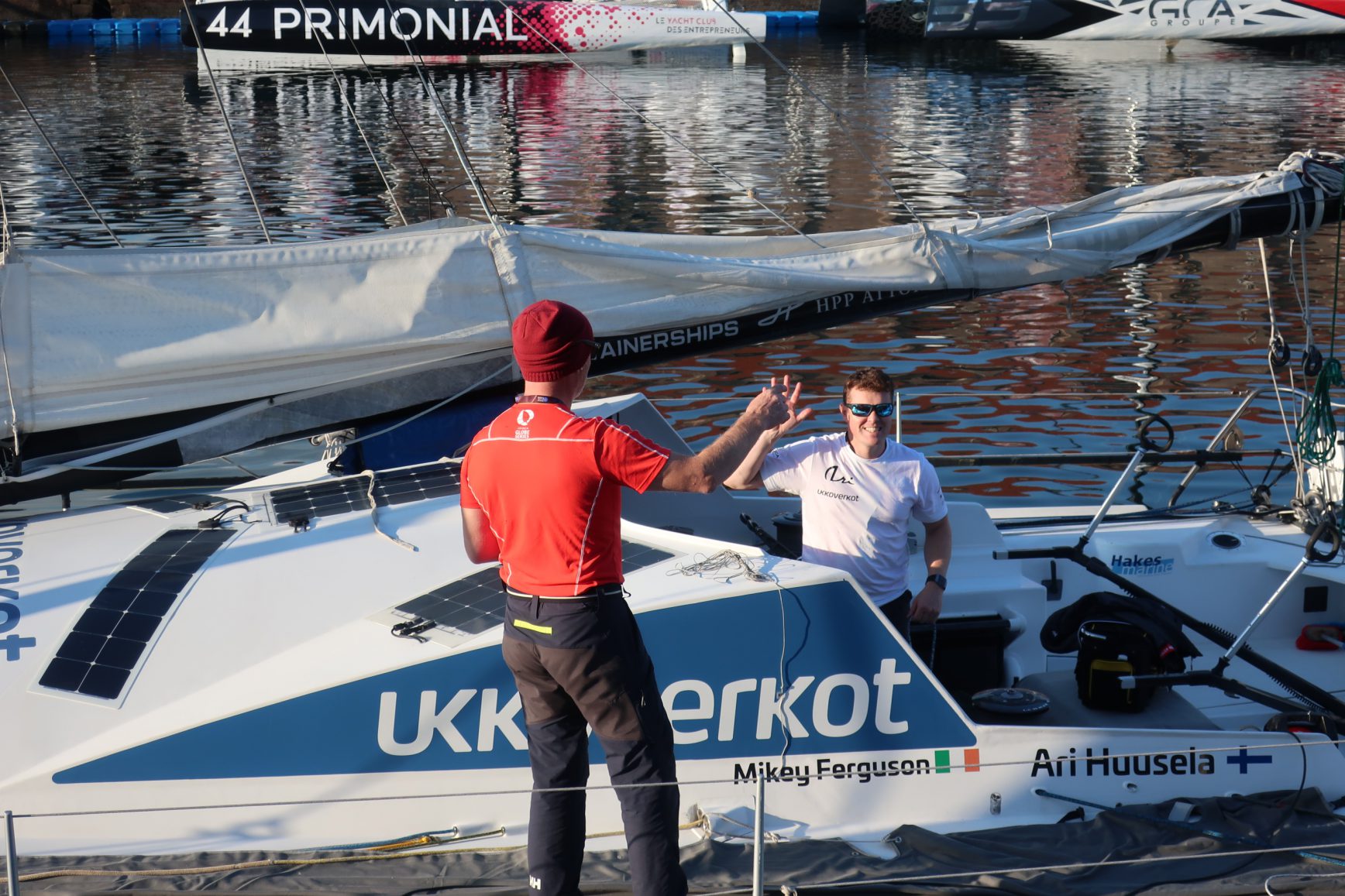 The race village has been open for a week now and the skippers are eager to start racing. The start line is just outside the harbour of Le Havre and the start gun is 1.15 pm French time.

”Its two days before we take the start line and all the major jobs are now finished. Ari and I just need to do some final fresh food and personal kit packing and then focus on the weather and possible route options for the first few days”, says Mikey Ferguson.

The exit out of the English Channel looks fairly straight forward but after this is where the main decisions need to be made. Options are head towards Azores in a lot more breeze or a more direct route towards Portugal in less breeze. The next 24 hours we will give a clearer picture of what will be the duo’s plan.

”As for the start on Sunday it looks like it will be upwind in 10-15kts to the first mark before setting most likely the A3 and heading west. There is a huge fleet now and the first 15 miles could be very tight so would be nice to be in the mix before the new boats can really take off downwind with their fancy foils once round mark number one”, Ferguson tells.

Huusela and Ferguson are both looking forward to getting out there now as have been in the race village a full week now and are itching to get going. Bring on Sunday! 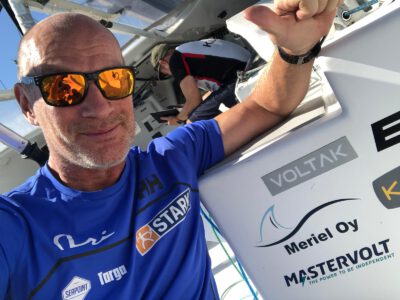 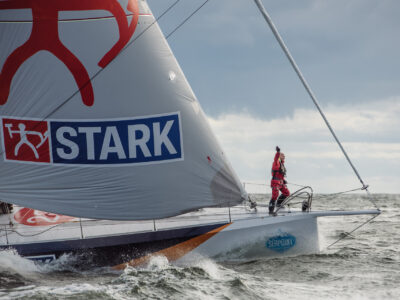 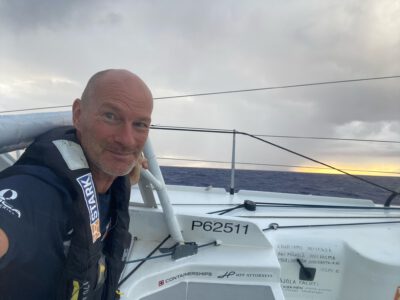